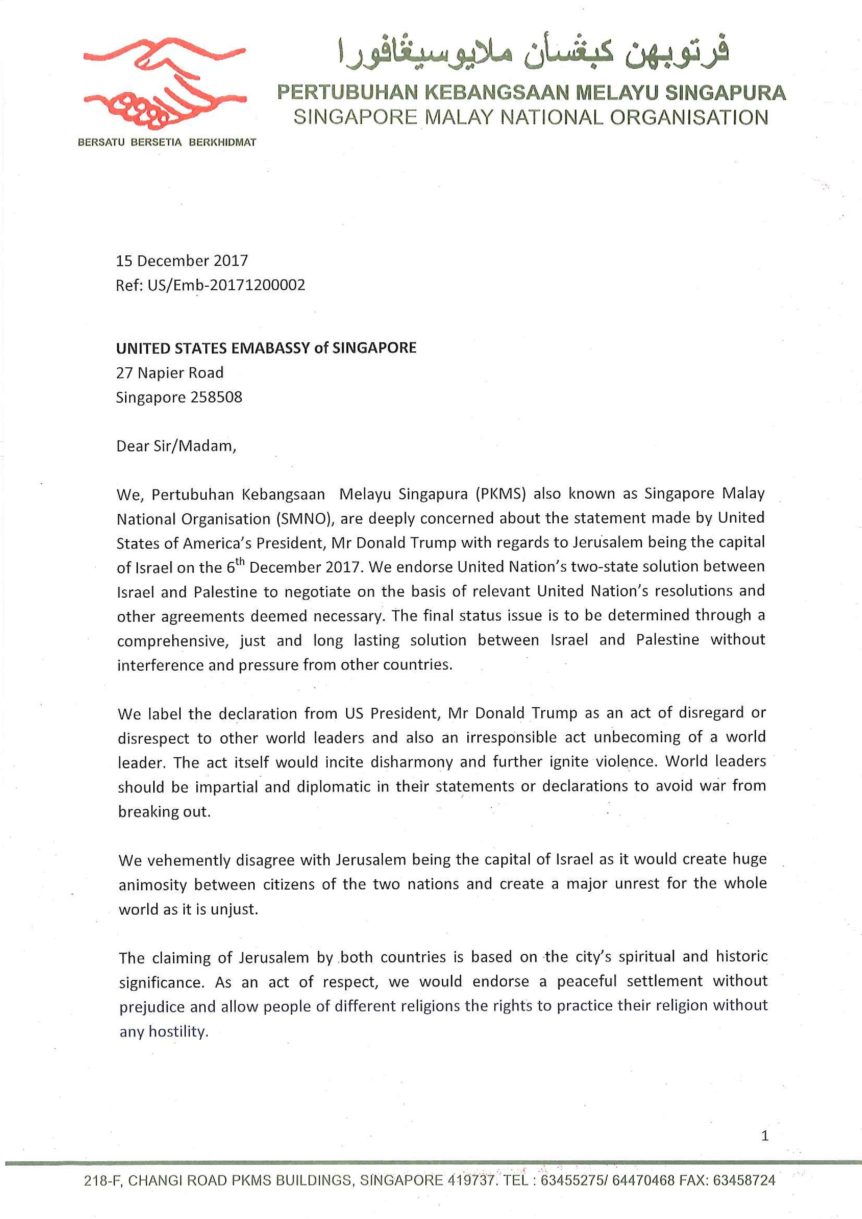 We, Pertubuhan Kebangsaan Melayu Singapura (PKMS) also known as Singapore Malay National Organisation (SMNO), are deeply concerned about the statement made by United States of America’s President, Mr Donald Trump, with regards to Jerusalem being the capital of Israel on 6th December 2017. We endorse United Nation’s two-state solution between Israel and Palestine to negotiate on the basis of relevant United Nations’ resolutions and other agreements deemed necessary. The final status issue is to be determined through a comprehensive, just and long lasting solution between Israel and Palestine without interference and pressure from other countries.

We label the declaration from US President, Mr Donald Trump, as an act of disregard or disrespect to other world leaders and also an irresponsible act unbecoming of a world leader. The act itself would incite disharmony and further ignite violence. World leaders should be impartial and diplomatic in their statements or declarations to avoid war from breaking out.

We vehemently disagree with Jerusalem being the capital of Israel as it would create huge animosity between citizens of the two nations and create a major unrest for the whole world as it is unjust.

The claiming of Jerusalem by both countries is based on the city’s spiritual and historic significance. As an act of respect, we would endorse a peaceful settlement without prejudice and allow people of different religions the rights to practice their religion without any hostility.

We believe that NO religion preaches violence as a way of settlement. Let the United Nations’ resolutions stand as it was from 1967 to 1980 to 2016. Those resolutions had been considered the law governing the city’s status, and they were binding because all countries had pledged to implement and abide by them in the maintenance of international peace and security. Until a two-state solution is formed, we urge world leaders to be impartial and not pressurise any countries with irresponsible and unnecessary statements.

We hope and pray that both countries come to a resolution to end all the bloodshed. May we all be blessed and guided by God through all these turmoils and injustice. God’s Willing. 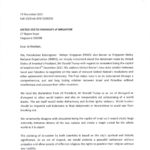 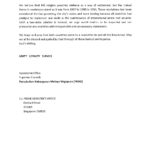